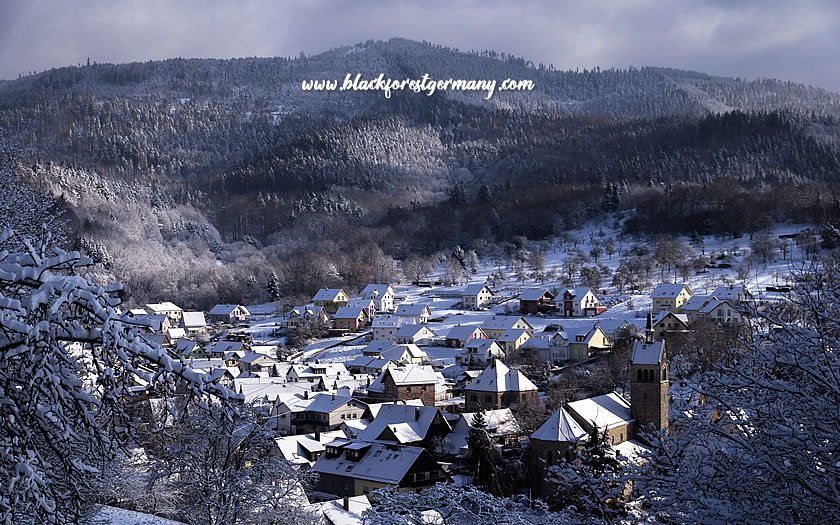 Winter In The Black Forest

Most people's mental image of the Black Forest is walking in the summer through wooded hills and gorges to villages with timbered houses clustered around their historic centre.

Yet for many active locals in the the home province of Baden-Württemberg, winter is equally attractive, whether it is for snowshoeing, cross-country skiing, ski touring or even trying out some of the local ski resorts.

Of course, some visitors prefer to look for a cuckoo clock to take back home or to try the mulled wine at a Christmas market but it would be a shame not to take advantage of some of the activities in the winter wonderland of Germany's Black Forest.

Skiing in the Black Forest 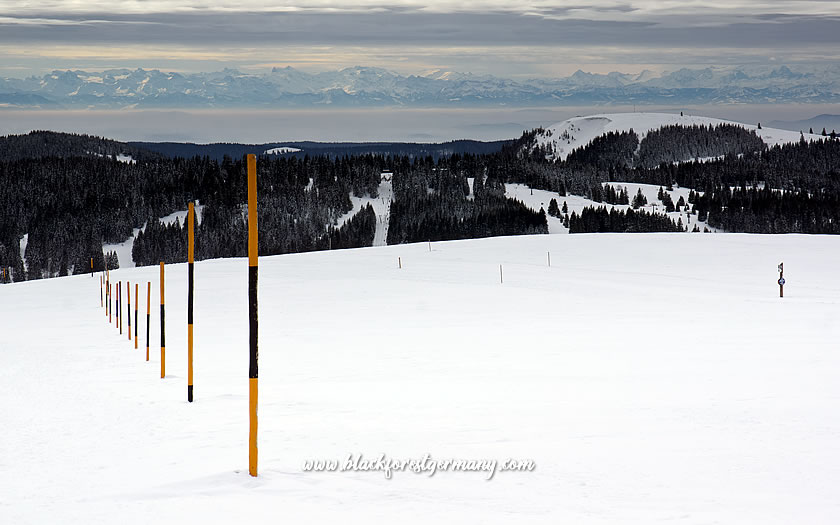 Skiing on the Feldberg in the Black Forest

Yes, the Black Forest is not in the Alps - they are further south and over the border in Switzerland.

But it does offer quite a number of smaller ski resorts which are popular for day trips and family outings. Especially because those ski resorts, lower in altitude though they may be, are much cheaper than those in the Alps.

The largest of these is the Feldberg ski area, which is located just off the route between Donaueschingen and Freiburg in the southern part of the Black Forest.

The 14 ski lifts are located on a mountain pass on the B317 road in the direction of Todtnau southwest of Titisee. The top elevation is at 1450m on the Seebuck. Buses run to the ski area from Titisee and from Freiburg railway station.

There are actually another seven different ski areas in the Feldberg vicinity. The next largest are those at nearby Todtnauberg, with another seven draglifts, or the ski area between Münstertal and Wieden, a little closer to Freiburg and the Rhine valley and with a total of six lifts.

Up in the northern part of the Black Forest there are quite a few individual lifts, frequently run by volunteers and sometimes only open on the weekends. There are a cluster of areas around the Schwarzwaldhochstrasse route, with the largest being the Mehliskopf area and its five lifts.

Crosscountry Skiing in the Black Forest 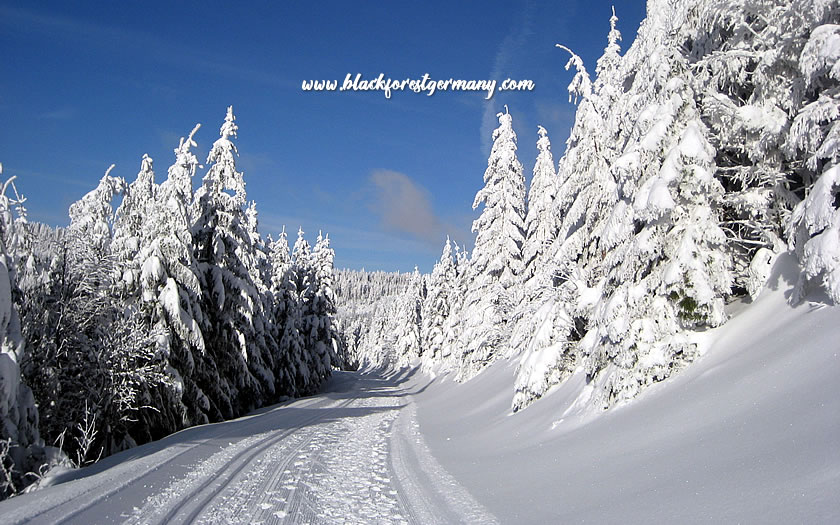 In the northern part of the Black Forest, the cross-country tracks tend to link the smaller ski areas with one another roughly along the route of the Schwarzwaldhochstraße (the 'Black Forest High Road') linking Baden Baden to Freudenstadt.

The higher southern section has quite a wide range of options for cross country skiers, with around 700 kilometres of prepared trails in the Hochschwarzwald region.

There is even a 100-kilometre long-distance cross-country route between Schonach and Belten which is split into 13 different stages with waymarking and orientation maps at entry points to the trails.

Winter Hiking in the Black Forest 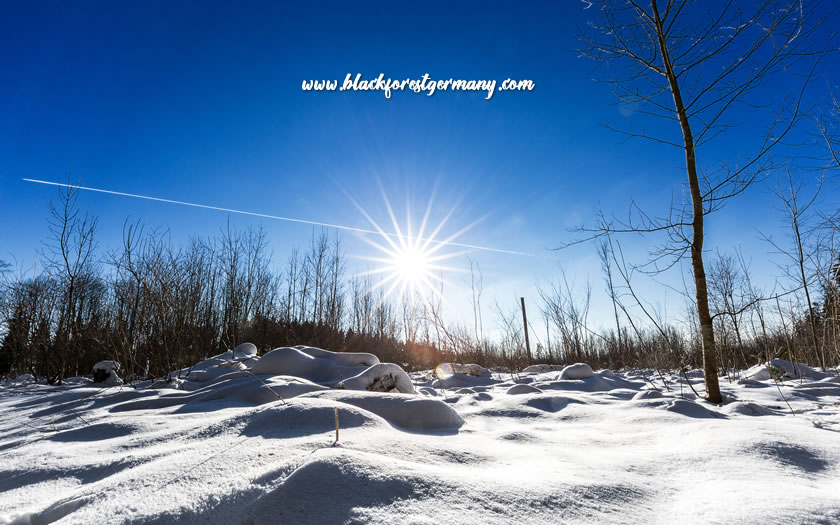 Winter walking in the Black Forest

The Black Forest is a perfect starting point for those who haven't tried winter walking or snowshoe touring before. There are plenty of relatively easy cleared hiking trails through the forests or panoramic routes up to one of the peaks.

And, compared to the more dramatic alpine environment, the options are far more accessible to those who have never tried heading out for a winter hike in the snow beforehand.