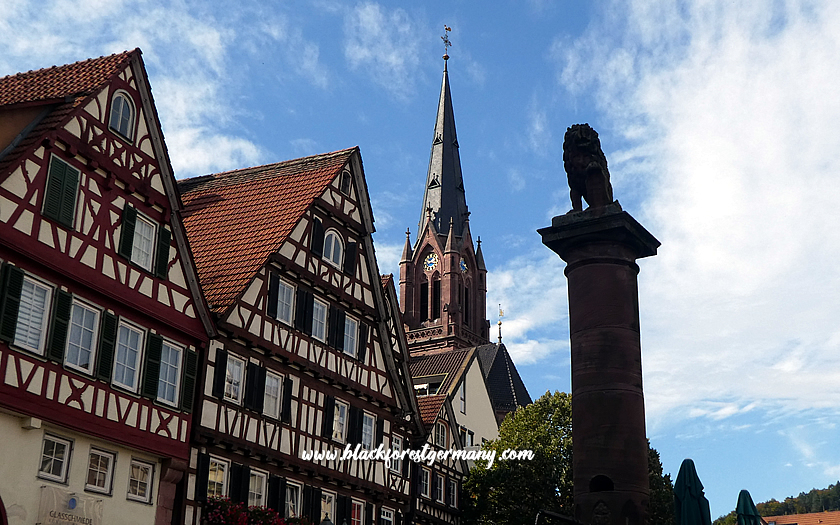 The town of Calw in the Nagold valley makes a good base to explore the northern Black Forest area. It has an attractive mostly-pedestrianised historic town centre and not difficult to reach by both rail and road.

Calw is also strongly connected to the famous German author Hermann Hesse, who used a fictional version of the town in some of his writing.

The town is the administrative centre of the Calw district and has a population of just under 24,000 inhabitants.

Where is Calw in the Black Forest?

Calw is located near the north-eastern corner of what people usually consider to be the Black Forest part of Baden-Württemberg. It is in the Nagold valley, which is an access route for people arriving from the north and especially from the cities of Pforzheim and state capital Stuttgart.

Calw is a stop on the Nagold Valley railway line which accesses the Black Forest from Pforzheim and leads south towards Nagold and Hochdorf, where it connects with the Gäubahn line between Stuttgart and Freudenstadt (a main rail connection for other parts of the northern and central Black Forest).

Three minor roads meet in Calw. The B463 arrives from Pforzheim to the north and leads to Nagold and Horb in the south. The B295 provides access to the city suburbs of Stuttgart while the B296 links Tübingen to the east with Bad Wildbad to the west. Calw is not too far away from the A81 Stuttgart-Singen motorway to the east or the A8 Karlsruhe-Stuttgart motorway to the north.

What to do in Calw

Calw is part of the tourist route linking historic towns which are known for their traditional timber-framed houses - in German this route is called the 'Deutsche Fachwerkstrasse'.

As well as the attractive historic buildings in the old town, Calw is famous as the birthplace of renowned German author and Nobel Prize winner Hermann Hesse. He wrote frequently about his days as a boy growing up in the Nagold valley area.

And finally, the ruins of the Benedictine monastery of St Peter and St Paul are located two kilometres away. Hirsau Abbey was once one of the most influential monasteries in the whole of present-day Germany.

The market square in Calw

The History of Calw

Like many Black Forest towns and villages Calw started out as a trading centre for the Nagold valley, dealing mainly with salt, cloth and leather goods. The origins of the settlement date back to the monastery founded earlier at Hirsau, a couple of kilometres to the north, which was once one of the most important in Germany.

It rapidly grew in size because of its trading success and became the local administrative centre as part of the domain of the Counts of Württemberg. It suffered during the various religious and political wars of the Middle Ages, but in the 17th century could still boast that it was half the size of Stuttgart and provided a healthy tax contribution to the ruling court.

As with many towns whose fortunes were tied to the textile trade, Calw eventually suffered from competition from cloth that could be produced more rapidly and less expensively following technological innovations. The textile company which had been so successful over the centuries was closed down during the period of the Napoleonic wars at the end of the 18th century.

The town was connected to the railway network towards the end of the 19th century. It survived the conflicts of the 20th century relatively undamaged and part of the attraction of the town is the collection of timber-framed houses in the centre dating back to the Middle Ages.

The other great attraction is the town's connection to Herman Hesse, one of the most famous German writers.

How do you pronounce Calw?

Calw originates from old German, possibly meaning 'bare patch of land'. Apparently the name of the town was once spoken as 'Calb', but these days the last letter is generally pronounced as an 'f'. Therefore the closest English-language pronunciation would probably be 'kulf' (or 'kulv' with a short 'v')... 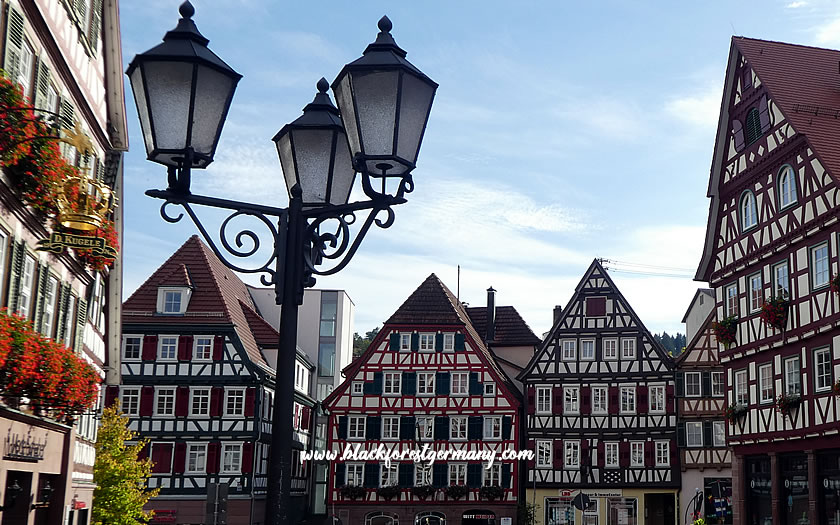 Herman Hesse was born in Calw in 1877. The author of works such as 'Steppenwolf' and 'The Glass Bead Game' spent much of his childhood and youth here in the family house which still exists on Marktplatz.

Although Hesse moved away and eventually lived on Lake Constance or in Switzerland, he retained an affection for the town where he grew up and it featured in his works as the fictional 'Gerbersau'. ('Gerber' in German means 'weaver' with a connection to the traditional textile trade of Calw.)

He wrote: "The more age catches me in its net, the more improbable it becomes that I will once again see the homeland of my childhood and the years of my youth, yet the images I carry with me of Calw and Swabia retain their validity and freshness."

Calw, which calls itself the 'Herman Hesse Town', has its own Herman Hesse Museum and there is a statue of the author standing on the Nikolausbrücke over the Nagold River.

Where to Stay in Calw

Those looking for a Calw hotel room can try one of the options below. Those who prefer self catering apartments or bed-and-breakfast accommodation may prefer to check the apartment and room availability on the map below the hotel listings. 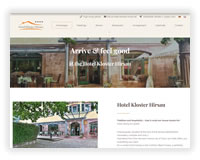 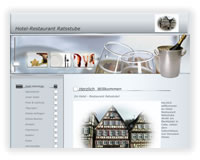 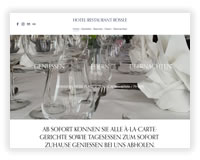 Check the availability of all kinds of accommodation in Calw, from apartments to guesthouses and hotels, with this town map from our travel fulfilment partner Booking.com. Zoom in and out using the '+' and '-' signs and use the search box to choose appropriate dates. Click on the price to see more details about the accommodation.