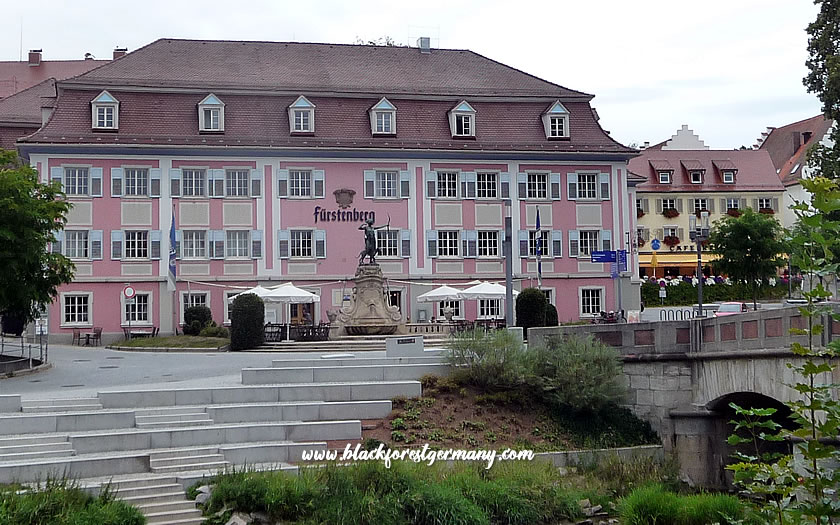 Donaueschingen is famous as the source of the Danube river ('Donau' in German). But it is also a great location for anyone looking to explore the southern and central Black Forest.

This former independent principality has good public transport and road connections through the Black Forest as well as easy access to other sights of interest in the area.

Where is Donaueschingen in the Black Forest?

Donaueschingen is situated near the eastern edge of the southern Black Forest in the state of Baden-Württemberg in southwest Germany.

It is located in the Southern Black Forest Nature Park protected area.

Donaueschingen is a stop on the main Schwarzwald rail route through the Black Forest between the major cities of Karlsruhe and Konstanz, offering access to tourist destinations such as Triberg. It is also part of the Höllental railway through Titisee-Neustadt to Freiburg. The Ringzug regional rail service offers regular trains to nearby towns such as Rottweil and Villingen-Schwenningen. Finally it is a terminus for the Danube Valley railway to Ulm.

Drivers will find Donaueschingen to the west of the A81 motorway between Stuttgart and Switzerland or Lake Constance. The B31 runs east towards the heart of the Black Forest at Titisee and further to Freiburg.

What to do in Donaueschingen

Most people visit Donaueschingen for its location near the Black Forest. There are however some attractions to see in and around the town itself, although most of the Donaueschingen 'sights' could be covered in a day.

As well as its connection with the Danube, Donaueschingen retains connections to the former ruling Fürstenberg family, with the family residence and an art collection in a nearby museum, as well as the Fürstenberg brewery (now operated by the Munich brewers Paulaner). 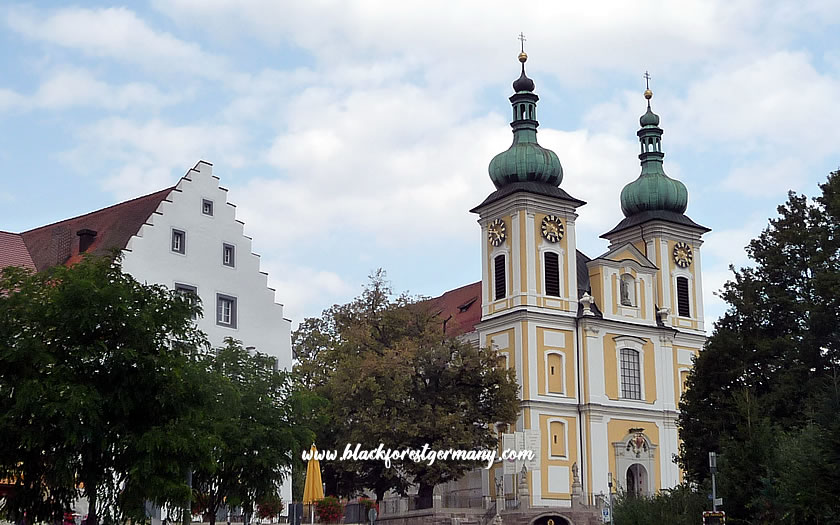 The centre of Donaueschingen in the Black Forest

The history of Donaueschingen

Donaueschingen can trace its history back to the days of the Stone Age and to Celtic tribes. There are also remains from the Romans in the area.

The settlement itself was first mentioned in a royal document back in the 10th century but the town came to prominence when the seat of the independent principality of the Fürstenberg family was moved here from Stühlingen in 1723.

In the early 19th century the principality became part of the state of Baden and also gained its town charter.

Donaueschingen suffered a major fire in the early 20th century and was hit by a bombing raid in the Second World War but is now a prosperous town of more than 20,000 inhabitants. 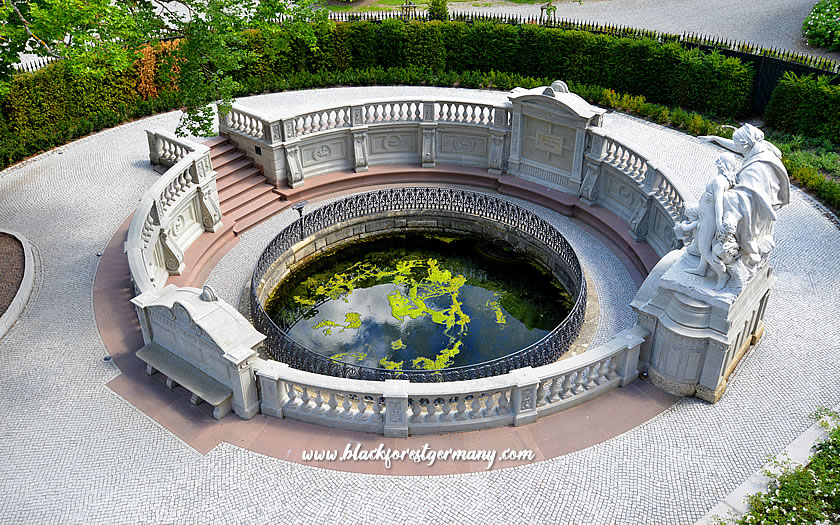 The Donauquelle statue and pool are located in the grounds of the Donaueschingen castle behind the church of St John. The springs are considered to be the source of the Danube stream ('Donaubach'), which flows from here into the Brigach.

Although there are more than 20 different karst springs in this area, there is evidence that this particular one has been considered the 'official source' since Roman times. The pool and surrounding decoration was designed in the late 19th century - the statues are supposed to represent the 'old' Baar (the limestone region) showing the 'young' Danube the way to the sea.

The Donaubach stream runs underground through the castle park to the 'Danube Temple' where it joins the Brigach on its way through Donaueschingen.

Where does the Danube river start? 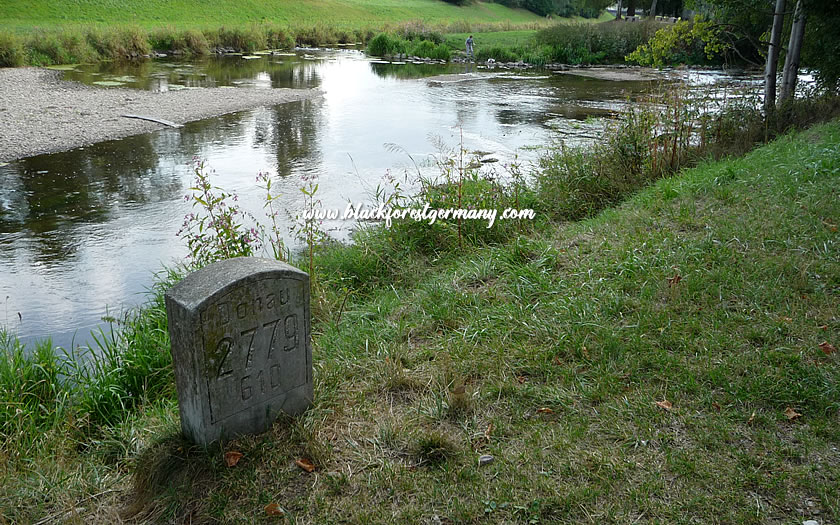 The official start of the River Danube

The Danube river starts to the east of Donaueschingen where the Brigach and Breg streams join. Visitors to the town can walk the couple of kilometres on either side of the Brigach to the unremarkable confluence of the two streams.

From here, the Danube flows more than 2811 kilometres into the Black Sea. Or does it? A sinkhole further to the east near Immendingen means that the waters of the Danube frequently dry up completely and disappear underground, where they eventually flow into the Rhine.

Should this become a more permanent feature, the new source of the Danube would probably be two other streams closer to Tuttlingen, around 30 kilometres away from Donaueschingen.

Where to Stay in Donaueschingen

Those looking for a Donaueschingen hotel room can try one of the options below. Those who prefer self catering apartments or bed-and-breakfast accommodation may prefer to check the apartment and room availability on the map below the hotel listings. 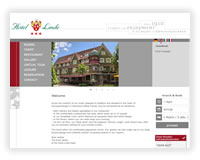 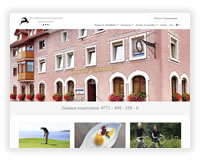 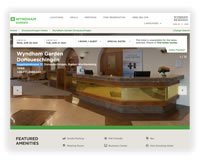 Check the availability of all kinds of accommodation in Donaueschingen, from apartments to guesthouses and hotels, with this town map from our travel fulfilment partner Booking.com. Zoom in and out using the '+' and '-' signs and use the search box to choose appropriate dates. Click on the price to see more details about the accommodation.